With three generations of service, we have been providing the families of Park Ridge, Edison Park, Des Plaines, Niles, Glenview, Chicago and the Northwest Suburbs with personal, professional, and dignified service. The funeral home was established in 1936 by Clement J. Ryan Sr.; the original building, a brown brick bungalow, was located at 120 South Northwest Highway, where today's current facility now stands.

Clem Jr. had already graduated from the University of Illinois and had served a year in the U.S. Army. He began attending Worsham College of Mortuary Service while working at the home full-time. Soon after, Clem married Rosemary La Forte of Park Ridge. They soon began their own family with 4 children, David, Daniel, Cristen, and Michael. Clem Jr. also became involved in a variety of community organizations; it was a way for him to not only meet new people, but more importantly, give back to the community. Clem was eventually joined in the business by his youngest son, Michael, in 1993. Now in their third generation of service, the Ryan family is proud of their heritage of personal commitment and community involvement. They gladly share that tradition with every family who honors them by selecting their services. 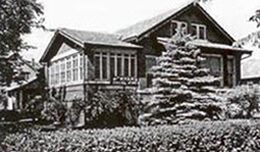